Skip to main content
January 18, 2020
Keys to Empowerment
I sat at Goddess I Am, waiting for the weekly meditation to begin. Within seconds, the following message arrived:
January 17, 2020
Empowerment. You are the key. It is your energy that brings light into the world. The heavens open, pouring forth divine healing, yet there must be a receptacle. For a receptacle captures the energy and allows it to collect, to reform, to recalibrate. You, my dear ones, are the wizards, the wizards of alchemy. Take what has been given, and clarity will arrive. This is a time for integration.

You perceive this time upon your Earth as chaotic, but we say no. It is not so. Step out of the fear of lack, the fear that brings anger, the fear of abandonment, for none of this is true. Use the power of your heart to step into the waters of potential that rain down upon you, feeding and nourishing your soul.
There is a redefining of the vibrational frequencies called life. It is time to reconnect with love, with unity, with justice. You, dear ones, are the ones in control. You choose what frequencies to meld and blend with. You are the keepers of the hidden key. Use it wisely.
As the meditation began, Beth has us take deep, purposeful breaths as she connected. I immediately felt intense tingling on the soles of my bare feet. I intuitively knew I was reaching to connect with something deep within the core of the Earth.
From an aerial perspective, I saw bolts of energy that resembled lightning. They began at the surface of the Earth and spiraled downward in a zigzag pattern until they reached the core of the Earth.
I had an understanding that these streaks of energy represented a two-way street. As we connected to the spirit of the Earth, we feed her soul while she feeds us. It is a mother/child symbiotic relationship.
I had recently seen three luminous grids in a previous meditation, and one was surrounding Earth from a position about three feet below the surface. The streaks began to bring this radiant Earth grid to life. It expanded, extending downward toward the center of Earth’s core until it was no longer a grid surrounding Earth. It encompassed the entire internal structures of Earth.
I saw myself dissolving and melting into the grid. As a spec of energy, I buzzed throughout this network as fast as the speed of light. I intuitively understood I could travel this grid to help heal aspects of the Earth. If Australia needed rain to quell the fires raging that continent, I could move through this network to provide help. The grid is the instrument for targeted healing, restoring balance to the sacred lands.
***
Before my spontaneous opening to spirit in August 2013, I had never heard of crystalline grids. Yet when I published The Reluctant Messenger in 2018, I had written an entire chapter called The Crystalline Grid. The messengers had frequently spoken about the purpose of the planetary grid, but now it seems the focus is shifting.
On January 3rd of this new year, I had a vision of three separate crystalline grids: one surrounding the planet, one embedded a few feet below the ground, and one in my body. Now, two weeks later, I see the Earth grid expand, extending from the surface, through the layers of our planet, until it reached Earth’s core. I learn that one purpose of Earth’s internal grid is that it can be used as a tool for planetary healing.
I’m trying to make sense of all of this. There seem to be many lessons on multiple levels. With time, I’m certain I’ll gain clarity, but until then, I’ll be happy to accept what messages and visions I receive.
Goddess I Am Keys to Empowerment 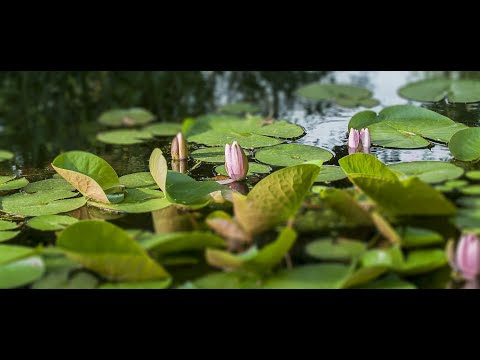 Church of Spiritual Light Grandmother Wisdom 09-16-19
I arrived early for the Reiki/crystal bowls meditation. The cots surround the bowls in the middle of the room, and for some reason, I was drawn to a different area from where I usually nest. I settled into my cot with extra blankets and pillows I’d brought from home. Just before the mediation began, a blanket of pure white energy floated from above and covered the room. It looked like antique lace with a very detailed and intricate lacy pattern as it slowly drifted over the cots and crystal bowls. I knew this ethereal cover was waiting to bathe everyone in loving energy from the highest source.  The bottoms of my feet began to tingle, and I automatically began taking deep breaths. I saw these angelic white cottony fibers from the blanket enter my lungs. The energy seeped deep into the tissues of my lungs, coating them with a protective membrane. The blanket began to sink into the rest of my body. It entered my pores, sinking deeper into …
Read more