Beth begins the meditation by asking us to do a few rounds of deep breathing. As I did so, I felt intense tingling in the bottoms of my feet. As I inhaled, I saw golden sparkles enter the soles of my bare feet. This energy seemed to be coming from deep within the Earth. As I looked closer, I noticed there were tendrils of energy at the bottoms of my feet. These tendrils reached deep into the Earth’s crust and through the mantle until they reached the center of Earth where a giant crystal glowed and pulsated at its core, beating with the knowledge of the foundation of our true essence. I understood that this represented our connection to the divine feminine, our connection to our Great Source, the heart of Gaia, the heart of Mother Earth. The tendrils wrapped around the Earth’s crystal core, like gently arms hugging their mother.

I continued to breathe deeply, the scintillating flashes continued upward with each inhalation until my entire body was composed of the matrix of divine golden sparks. I raised my hand and smiled broadly as I wiggled my glimmering fingers in front of my face. I glanced around and saw that every person in the room had a body filled with these golden sparks. 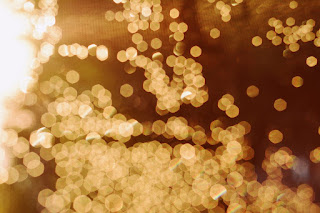 As Beth introduced healing into the meditation and releasing outdated contracts and misalignments, I saw these sparks begin to coalesce, creating “hot spots.” I understood that this represented the transmutation of energy that needed to be healed or released. As the healing occurred, these lower energies funneled down the tendrils at our feet. The energy followed that connection until it reached Earth’s core where it was finally released so it could be transmuted to positive energy.

I then noticed a change. Our golden matrix changed to an egg shape, and our human attributes were no longer visible. This new shape looked like a seed pod. With that realization, the following words flowed:

We are like buds, waiting to flower anew. We are realigned. We are reborn. We are healed. We are awaiting to open to our full potential, knowing we are given sustenance from our great Mother Earth.

My view shifted, and I realized we looked like individual buds, but we were all from the same tree. I realized that was a profound realization!