Video: The Great Star Nation
Click READ MORE to launch the video.
I settled in my cot at Church of Spiritual Light for the Reiki/Crystal Bowls meditation. Within seconds, a message arrived:
April 15, 2019
The Great Star Nation comes to the Earth, bringing with it the skies of knowledge, lighting the path to follow. Lead on, past the cosmos and beyond.
Know that your essence began in the cosmos, the stardust from beyond is the glue that binds your essence together. Light up your life. Let your inner light, your inner star, shine forth. Know that your essence is contained within the stardust that is everywhere.
Let your light shine within, shine without. Spread your wings of light throughout the cosmos. Be at one with the universe. Know the wisdom that lies within.
Like a homing beacon, it calls you to step outside your physical body, to step outside your comfort zone. Allow. Simply allow.
As I heard these words, I knew I was at one with the universe. I was one who knows no time, one who knows no space, for I am all there is.
I experienced a vision as pink clouds of angelic energy surrounded the meditation room. I could feel the connection to everyone and everything, not just at Church of Spiritual Light, but throughout the entire universe. 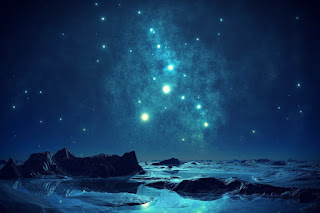